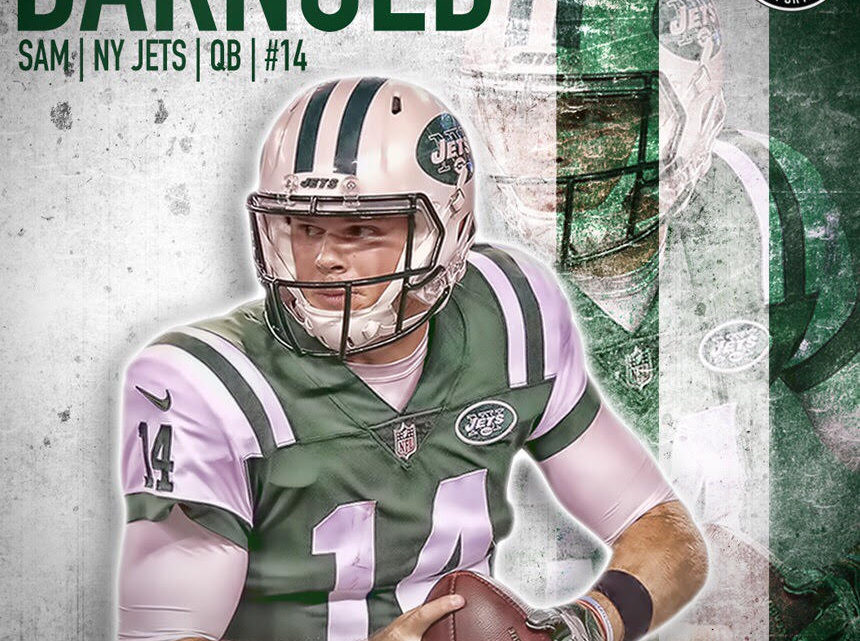 The consensus thought going into the 2018 NFL Draft was that Sam Darnold is the most complete signal caller in a loaded QB class. The former USC Trojan led his team to a historic comeback win in the 2017 Rose Bowl over Penn State and threw for over 4,000 yards last season.

The Jets needed to find their quarterback of the future in this draft. A franchise that hasn’t won a Super Bowl in nearly 50 years, New York traded with the Colts from the sixth spot to the third spot in the first round, giving up three future second-round picks in the process.

At the time, the trade seemed questionable. The Browns had the first pick and seemed like they were obviously selecting a quarterback. It would only make sense they’d take the one with the highest floor in Darnold. Even if Cleveland shocked everyone by passing on Darnold, the Giants likely wouldn’t make the same mistake, being that Eli Manning is 37 years old and the team’s only backup has never seen real NFL action. The three teams they traded ahead of—the Colts, the Browns again, the Broncos—were not expected to take quarterbacks either.

But on draft night, everything fell into place for the Jets. Baker Mayfield, who seemed to be the more likely selection for New York, went first overall to Cleveland and the Giants decided they’re in “win now” mode and snagged Saquon Barkley. After that, the Jets took their golden boy in Darnold, hoping he becomes their first elite signal caller since Joe Namath. 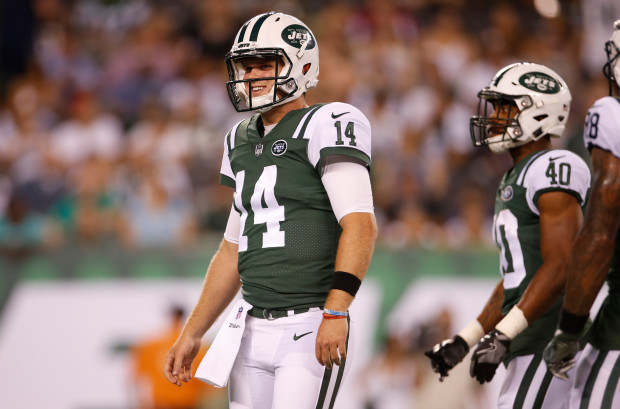 Darnold has the tools necessary for him to make an impact right away. The world got its first glimpse of him against NFL competition in the Jets’ first preseason game where he went 13-for-18 for 96 yards and a touchdown against Atlanta. He has the size, look and poise to be the guy to take this franchise to another level.

Having their quarterback for the future is nice for the Jets, but what’s even more gratifying is that their in-town rivals passed on him right before. The Giants likely won’t have another top-5 draft pick in the foreseeable future and Manning legitimately has two decent years left in the tank. There is not another QB on the Giants that has any NFL experience, which will haunt them in the couple years, especially when the team they share a stadium with is succeeding with the kid they missed. Barkley is a can’t-miss playmaker, but it hardly ever happens that a running back carries a team to greatness.

Woody and Chris Johnson want to parade Darnold around MetLife Stadium and let it be known that they won the 2018 Draft. Getting the franchise quarterback is great, but the Jets are now in a position to be more relevant than the Giants for years to come, which hasn’t been the case in a long time. Only time will tell if Darnold is actually the real deal, but now is a really exciting time to be a Jets fan.

The Coward of Major League Baseball