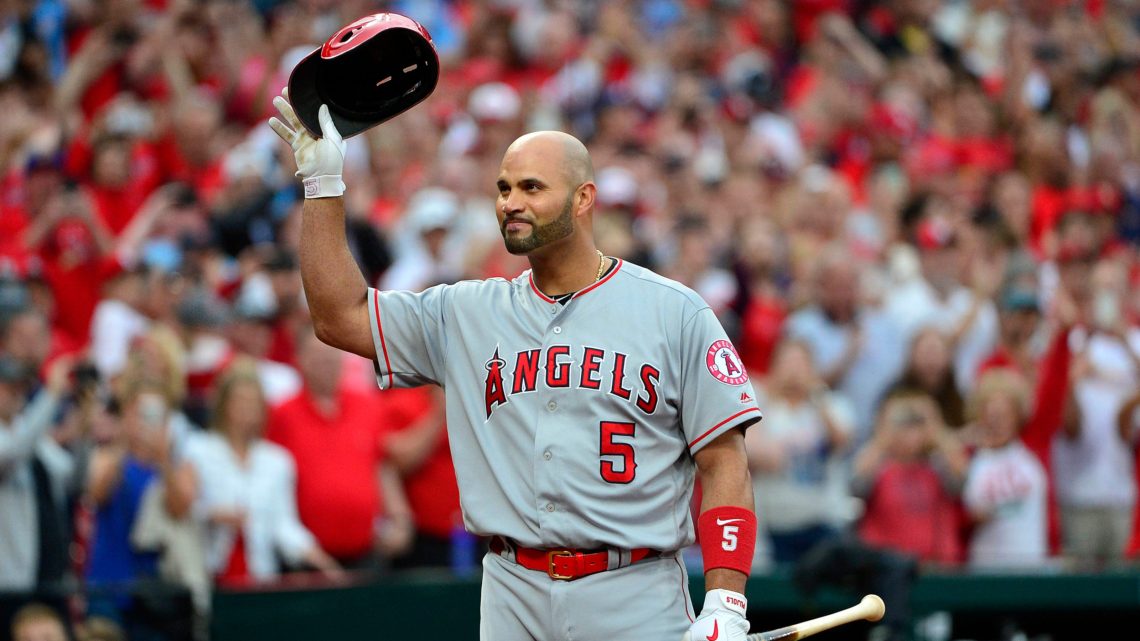 Top Ten 1B of the Decade

It is time to continue the rankings of the top 10 players from each position over the last decade. In the same way of the catcher rankings, stats that will be included in the rankings are hits, doubles, home runs, batting average, slugging percentage, on base plus slugging percentage (OPS), and wins above replacement (WAR). There is a 1000 game minimum to qualify for the list, so due to that threshold there will be some names left off like Edwin Encarnacion. Now, lets get into the list, starting from number 10.

Hosmer will always be remembered as the center piece of the back to back AL pennant winning and 2015 World Series Champion Kansas City Royals. He took the city on his back and carried that franchise in what was one of the two most exciting World Series in memory. From 2010-2019, he is an All-Star (All-Star MVP), a 4 time Gold Glove Winner, and a Silver Slugger winner. He ranks 5th in hits, 7th in batting average, and 10th in doubles. He hasn’t been exactly what San Diego wanted when they signed him to an 8 year/$144 million deal in 2018. However, he is one good season away from restoring the hype he carried in Kansas City.

This might come as a shock to some of you but Carlos Santana has quietly had a very good decade. He has had some good years in the home run market. In 7 of his 10 seasons, he’s hit over 20 home runs. However, he is an on base machine. He’s walked over 100 times in 3 seasons and walked more than 88 times in 8 seasons. He is second in walks among all positions for this decade. Among qualified first basemen, he’s 4th in doubles, 5th in home runs, 8th in hits, 8th in OPS, and 9th in WAR. Never in the elite category, but he is always in the category for very good first basemen.

Joe Mauer is one of the more unique players on this list. He will be making a trip to Cooperstown, but that will be as a catcher. He didn’t play much catcher after the 2010 season, and he transitioned to first base to preserve his career. He had a slight dip in power but he maintained his ability to get on base. In 2012, he led the American League in on base percentage (OBP) with a .416 mark. Since 2010, he’s a 3 time All-Star, a Gold Glover (won at catcher), and a 2 time Silver Slugger. He ranks 3rd in batting average, 7th in OPS, 7th in WAR, 9th in hits, and 9th in doubles. Mauer is a lock for the Hall of Fame as a catcher, but the guy played a good first base.

Adrian Gonzales is one of my favorite first basemen ever. A true video game beast. The guy had a solid previous decade in real life as well. I mean, he did finish in the top 10 in the MVP voting three times (twice in the NL and once in the AL). Not to mention, he led the majors in RBIs in 2014. He loses some ranks because he hasn’t been a regular player since 2016. That isn’t to say he didn’t have a solid decade statistically though. Since 2010, he is a 4 time All-Star, a 2 time Gold-Glove winner, and a 2 time Silver Slugger winner. He ranks 6th in doubles, 6th in batting average, 7th in hits, 7th in OPS, 8th in WAR, and 8th in slugging percentage.

Albert Pujols is a guaranteed Hall of Famer and will most likely be inducted on his first ballot. He will always be remembered for his legendary accomplishments as a St. Louis Cardinal from 2001-2011, and most people think his last 8 years spent as an Angel have been completely horrendous. That is far from the case. He owns a .270/.333/.480 slash line this decade. Since 2010, he’s a 2 time All-Star, a Gold Glove winner, a Silver Slugger winner, and has finished in the top 5 of the MVP voting twice. Among qualified first basemen, he is 1st in home runs, 2nd in RBIs, 3rd in hits, 6th in slugging percentage, 6th in steals (yes, I said steals), and 8th in doubles. Not the Pujols of the 2000s, but he certainly has had a good decade.

The center of the Cubs rebuild didn’t even start his career as a Cub. In fact, he started his career in 2011 with the San Diego Padres where he hit .141 with one homer in 128 at bats. He was so bad that they were fine sending him to Chicago in exchange for Andrew Cashner. I’d say this deal worked out for the Cubs as Rizzo has become one of the game’s best. Since coming to the North Side, he is a 3 time All-Star, a 3 time Gold Glove winner, a Silver Slugger winner, and has finished in the top 5 of the MVP voting twice. He ranks 5th in slugging percentage, 5th in OPS, 6th in WAR, 8th in home runs, 9th in batting average, 10th in hits, and 11th in doubles. Anthony Rizzo’s career skyrocketed in Chicago and in return he brought them their first World Series in over 100 years.

This is where the Braves fan in me wanted to move Freddie up. However, he’s behind the 3 guys ahead of him on this list in almost every category. The shift in Freeman’s career has been crazy. You thought you were going to get an average hitter and a solid fielder. Boy, was that off. Since 2010, he is a 4 time All-Star, a Gold Glove winner, a Silver Slugger winner, and has finished in the top 6 of the MVP voting 3 times. Among qualified first basemen, he ranks 3rd in doubles, 4th in hits, 4th in batting average, 4th in slugging percentage, 4th in OPS, 4th in WAR, and 7th in home runs. Since 2016, you could say Freddie Freeman has been the best first basemen in the big leagues. However, since this list encompasses all of the 2010s, that is why he isn’t 2nd or 3rd. In the next 5 or 6 years, look for Freeman to continue to lead the pack of the best first basemen in the game.

There are two players on this list that I think could be listed as the epitome of consistency. Goldy is one of them. However, he got a later start than most. He didn’t become a regular starter until age 24 and he’s only played seven full seasons. He has finished in the top 11 of the MVP voting 5 times, he’s a 6 time All-Star, 4 time Silver Slugger winner, and a 3 time Gold Glove winner. From 2013-2018, he never hit below .290, never had an OBP below .389, and never missed an All-Star game. He ranks 2nd in slugging percentage, 3rd in OPS, 3rd in WAR, 4th in home runs, 5th in batting average, 5th in doubles, and 6th in hits. He might’ve had a slow start to 2018 and 2019, but that quickly changed as he tore it up in the second half of last season. Look for the same ole Goldy as 2020 gets underway.

This is the other example of Mr.Consistent. In fact, if the person ahead of him on the list hadn’t been so dominant at the start of the decade then Votto would be my number 1. I really wouldn’t disagree with lists that have him at 1. Joey Votto had the worst year of his career last season and he still lead the NL in on base percentage. Since the start of the decade, Votto has lead the NL in on-base percentage seven times, walks five times, OPS twice, and doubles once. Since 2010, he is a 6 time All-Star, a Gold Glove winner, finished in the top 6 in MVP voting 5 times, and even won the MVP in 2010. He ranks 1st in doubles, 1st in OPS, 1st in WAR, 2nd in batting average, 2nd in hits, 3rd in slugging percentage, and 7th in home runs. I believe Joey Votto is already a future Hall of Famer, now all he can do is pad his case.

Miggy was arguably the best player in baseball during the first half of this decade. However, he has experienced a tremendous decline since 2016. Some lists have punished him for that. While I certainly understand those arguments, his first half of the decade was so dominant I just can’t move him down. We are talking about a guy who won the TRIPLE CROWN in 2012 and you could make arguments he was even better in 2013. Since 2010, he is a 7 time All-Star, a 5 time Silver Slugger winner, and won the MVP in back to back years in 2012 and 2013. He ranks 1st in hits, 1st in average, 1st in slugging percentage, 2nd in doubles, 2nd in home runs, 2nd in OPS, and 2nd in WAR. Miguel Cabrera is a first ballot Hall of Famer, and, despite his huge decline, I have him as the best first basemen of the 2010s.