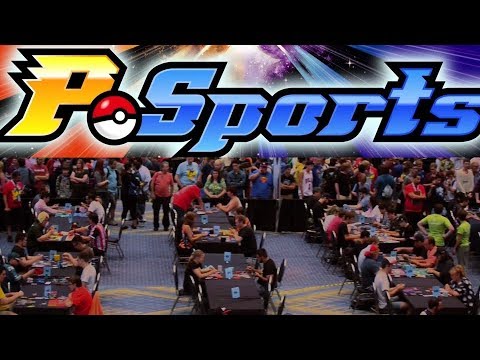 With Pokemon Sword and Shield’s release right around the corner, the competitive Pokemon scene is speculating whether or not their investment in the game’s meta is worth the commitment. Historically, The Pokemon Company has made most of their money from the casual audience. While Pokemon is very well known for their story-driven Nintendo games, there is a huge market for their clothing, television show, comic series, trading cards, and toys. For more of a reference, Pokemon Go made $2 Billion in micro-transactions. What does this mean for their presence in eSports? It means that their concern for eSports is not their primary focus.

Pokemon games, at their essence, are a “collect and trade” game. You collect your favorite, if not all of your favorite Pokemon, progress within the story, and put down the game when you’re finished. The release of Pokemon Sword and Shield has the casual audience hesitant because it became public that the game will not have every Pokemon in the franchise. What this means for the casuals is that their overall experience is being compromised at the expense of The Pokemon Company’s effort. What this means for competitive Pokemon players is that they can expect a relatively balanced experience—compared to the previous few games. Over 800 characters to choose from inevitably leaves a huge margin for game-breaking strategies. While they have not explained what Pokemon are going to re-introduce their seems to be an effort to contain a solid meta within the competitive community.

Due to the lack of balance adjustments within the actual game, the community has formed their own ruleset that removes most of the luck-based tactics within the game. Overpowered moves, Pokemon stats, and items are taken into account—breaking up these different aspects of the game into tiers. The player decides what tier they want play in, and choose the appropriate Pokemon for those tiers. In terms of basketball, one could think of the Smogon tiers as high school, college, G League, and the NBA. The popularity is determined by the highest caliber of talent. These are called “Smogon” rules. This opens opportunity for players to use weak Pokemon, with the confidence that their opponent will also play with a team of the same level. If one prefers watching college basketball, it would be unreasonable to allow a college team to play at any other level. In competitive Pokemon, these rules are set in order to heighten the chance that players are rewarded for correct decisions, and punished for the wrong ones—which is the most important factor in any strategy game. Without these rules, those looking to play with their favorite Pokemon online will be extremely disappointed when they go online to find the same six overpowered teams from those who don’t want to rely on strategy.

A huge concern for a majority of the passionate Pokemon competitors is: how can they monetize their success in the eSport? One could stream or upload their content onto Youtube, but Pokemon battles aren’t the most dynamic sources of entertainment. A lot of competitive Pokemon battlers rely on their personality for viewership. The only licensed, “official” outlet for competitive Pokemon battlers is called the Video Game Championships “VGC.” The VGC is a 2v2 format, where each player must use 4 of their 6 Pokemon to battle. This meta is completely different than Smogon’s 1v1 format, and does not come intuitively to those who play for fun. This is problematic because the VGC format isn’t accessible to the entry-level audience. It’s more fast-paced, yet a more static play style. However, all things considered, there is much more financial opportunity in VGC, as it is run and sponsored by The Pokemon Company. In regards to the upcoming title, Pokemon Sword and Shield, The Pokemon Company is becoming much more active in providing the competitive community with more competitive tools. Less Pokemon, more competitive items, and an added tournament mode are all fundamental additions. The only issue that seems to be looming over the fan-base, however, is the addition of Dynamaxing.

After the first five Pokemon game additions, Pokemon has struggled to find new ways to keep the community interested. This first took form in Mega Evolutions—a temporary evolution in which your Pokemon’s stats increased and design changed. Next were Z moves—a single use item that increased the power of a specific attack. Both, in select uses, proved overpowered and unfair. It left a lot to be desired in terms of the players ability to react appropriately in any given situation, which is why Pokemon Sword and Shield have decided not to have them return. For Pokemon Sword and Shield, the new gimmick is “Dynamaxing.” This is a temporary size and power increase to the Pokemon itself, that has yet to be thoroughly explained. However, it has many fans—competitive and casual—scared for the future of the game.

If you’re interested in the competitive aspect of Pokemon, you can start by playing Pokemon Showdown. This is an emulator that allows you to play the game within Smogon or VGC rulesets—without investing hours of your time to breeding and training your own team. Feel free to leave your thoughts on Pokemon’s competitive future.