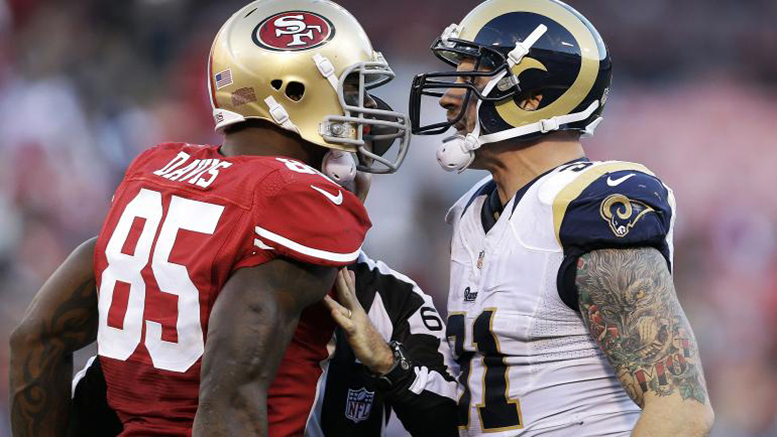 It’s the final week of the NFL regular season which means this is the final NFL regular season predictions post from the Tailgate Sports Staff. Since there won’t be a SNF matchup tonight the staff decided to post predictions for the most anticipated game of the day, the San Francisco 49ers vs the Los Angeles Rams. The Rams have ended their 13 year division champs drought this year with fantastic performances from Todd Gurley and Jared Goff, but the 49ers have just won 4 straight with new starting quarterback Jimmy Garoppolo and are one of the hottest teams currently in the league. Can Jimmy G end his season undefeated as a starter, and possibly the new centerpiece of the Bay Area’s franchise? Is this a preview of the new top teams in the NFC West going head to head with each other? Check out this sure to be electric game at 4:25 and check out which staff members chose which NFC West team to win below. We will have more predictions for the NFL playoffs so stay tuned for more NFL predictions and content coming out soon!

The Broncos May Have Just Finished with the Same Record as the Jets, but Here Are the Top 10 Reasons Why Broncos Fans Should Not Lose Hope Yet!