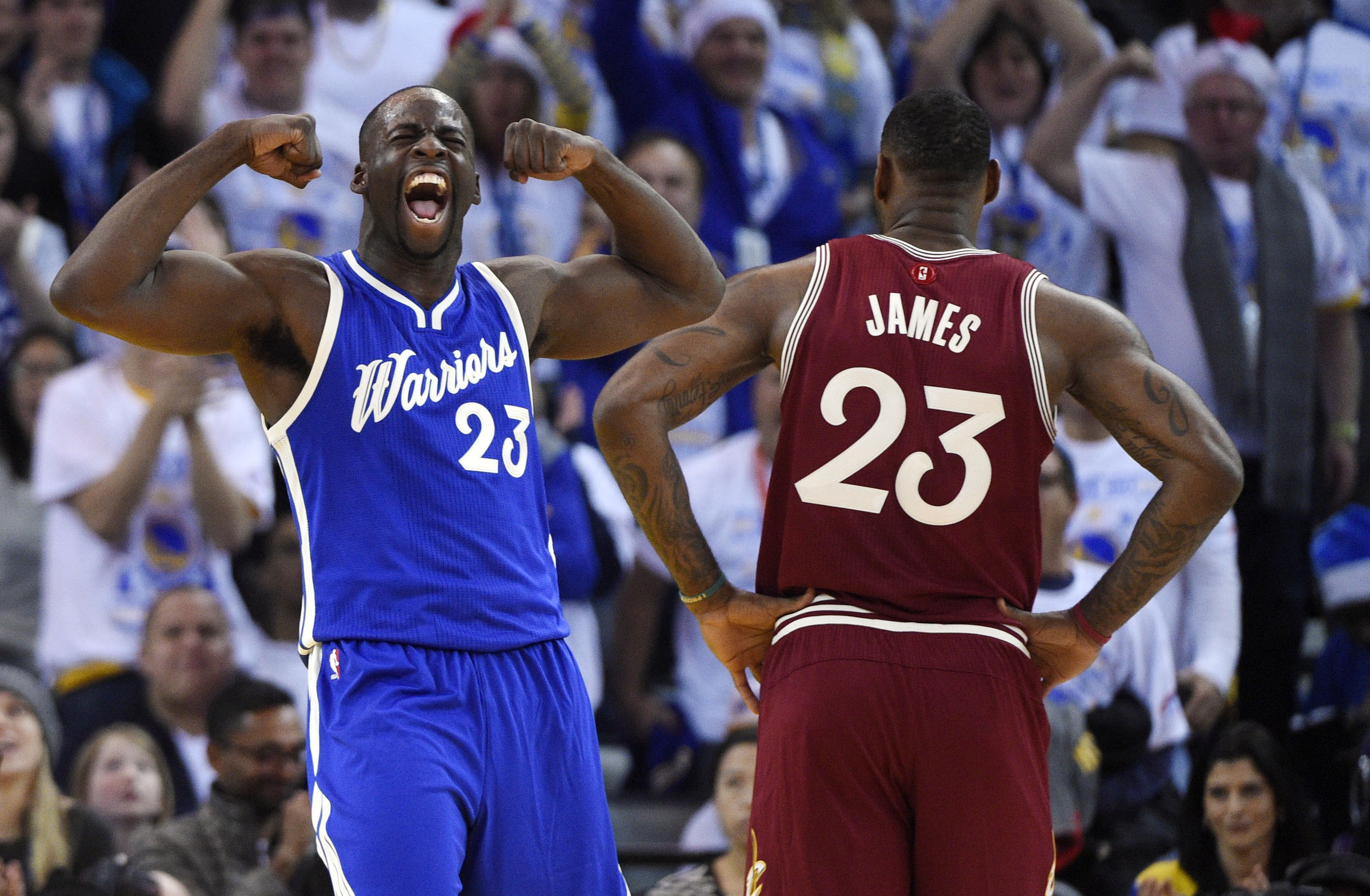 It’s the most wonderful time of the year. My absolute favorite sports holiday is finally here: Christmas Day Basketball. All day, from noon until midnight, some of the best teams in the NBA will face off for a Christmas W. For many NBA players, playing on Christmas is an honor, and in recent years some of the best games of the regular season have happened on Christmas. I’ve broken down each game today along with a prediction for who I think will win.

The first matchup of the day is the Sixers vs the Knicks at MSG. Last year, the Knicks took a hard L at home to the then Isaiah Thomas led Celtics. This year, the Knicks are hosting a Christmas game once again, with a very different roster, and look to prevent losing back-to-back Christmas games at home. While the Sixers definitely have the better chance of making a playoff run this year, Michael Beasley and the New York Knicks have been heating up as of late and will get the bad taste out of their mouths from losing on Christmas day last year by beating the 76ers today. Also, Jarrett Jack has been surprisingly good for the Knicks this season and I hope he can keep improving and help grow this solid NYK core.

The classic matchup is back for yet another round. Cavs vs Warriors. LeBron vs KD. The #2 seed in the West vs the #3 seed in the East? While both the Land and the Dubs have had slower starts than anticipated, this should still be the best game of the day. If you remember anything from last year’s Christmas day game, you’ll remember that it was one of the most sensational games of the entire season, and was even better than most of the first round matchups of the 2017 NBA Playoffs. The unrelenting back and forth of this game was absolutely ridiculous and proved to the rest of the league that this is one of the greatest rivalries in modern basketball. It was obvious that both teams clearly hated each other and wanted the W desperately, so it’s no surprise the game practically went into OT. I expect this year’s matchup to be just as electric, and even though both teams are struggling this year, I’m sure we’ll see one last Cavs vs Warriors NBA Finals before the league takes yet another serious transformation this offseason. Check out the highlights from last year’s matchup below and make sure to watch this insane matchup later today.

Last year the Celtics and the Wizards had a pretty intense “rivalry” that peaked with the funeral game in D.C. where the entire Wizards roster wore all black to the game to express how bad the C’s were going to lose that night. Somehow Washington was able to pull off the W, but since then the Wizards have been absolutely atrocious, losing to the C’s in the 2017 Playoffs and now currently holding the 7th seed in the East, only .5 a game ahead of the Knicks. Of course the NBA thought the “rivalry” would continue into this season, causing a highly anticipated matchup between the C’s and the Wizards, but with the Celtics greatly exceeding expectations and currently reigning as the best team in the league, and the Wizards failing to even come close to the level of play they showcased last year, this game is sure to be both predictable and somewhat boring, as this game will directly follow the must watch Cavs vs Warriors game. The C’s have dropped some games recently that should’ve been easy wins, however as a Boston fan myself, I’m not worried in the slightest about the Celtics dropping from prominence in the East and I’m sure they will turn things around soon. Due to the recent slide, I bet the first 3 quarters will be close, but I still expect the C’s to win another game on Christmas day.

Celtics over the Wizards 95-84

This is an exciting matchup. The Rockets currently have the best win percentage in the league, but are still technically tied for first with the Golden State Warriors. Despite criticism, the Chris Paul trade paid off extremely well for the Houston franchise, and now the Rockets have extremely good odds at winning the 2018 NBA Finals and possibly even landing free agent LeBron James next offseason. The Rockets need this win tonight, and should get it, but it won’t come easy. The OKC Thunder have slightly turned things around recently, improving from the 10 seed in the West to the 5 seed, closing in on a thriving Minnesota team. However, this success has still been disappointing for the Thunder, as the trades for both Paul George and Carmelo Anthony were projected to make OKC a serious contender to win the West. Now, with rumors of a possible Paul George trade spreading across the league, it is now or never for the Thunder to secure another W. If they can keep up their current win streak, the Thunder could easily move closer to the Wolves and the Spurs and try to convince Paul George to stay with the team next season. I still expect big things from this stacked Thunder squad, and I wouldn’t write them off yet, but I expect the Rockets to want the W more tonight and expect them to get it.

The last game of Christmas Day Basketball is the red hot Minnesota Timberwolves vs the Los Angeles Lakers. The Timberwolves are absolutely thriving in an insanely competitive Western Conference and have completely shattered my expectations for them this season. The Lakers, while they have improved and have seen some seriously impressive performances out of rookie Kyle Kuzma, are still a long ways away from returning to the level of dominance Lakers fans expect out of their team. In case you missed it, I predicted that Lonzo Ball would earn Rookie of the Year this season, simply because I believed the extreme pressure put on him by Lakers fans and the rest of the league (but mostly from his dad) would either mold him into the best rookie in the NBA or simply break him. So far it appears to be hurting his performance, however I still expect a lot from the oldest Ball brother. He is still showcasing his excellent passing and playmaking game, and has shot well in select games this season, but the Lakers need to stop relying on Ball to be the lights out shooter that he truly isn’t this year. Lonzo will be great one day (which is saying something coming from a Celtics fan), but it will require Lonzo having more pieces like Kuzma around him and a coaching and management staff that better understands how Lonzo thrives and what he simply cannot do well to get Lonzo to play at his peak performance. Lonzo completely turned his high school team around, put UCLA ball back on the map, did well in the March Madness Tournament, and won the Summer League Championship for the Lakers, it would be hard to imagine that Lonzo can’t find success at this level too.

However, as far as today’s game goes, it won’t even be close, Wolves by a billion. Also, in case you didn’t know, the Timberwolves have the longest playoff drought in the NBA and haven’t been to the playoffs since 2004. That’s literally insane, especially since they’ll be returning as strong contenders for the West this year.

Timberwolves over the Lakers 110-78